In 2013, the 25th Anniversary of Redress, the National Association of Japanese Canadians created a Sustaining Fund to fund the activities of the NAJC going forward. Thank you for your support.

A Need for Vigilance
by Art Miki

As we celebrate the 25th Anniversary of the Japanese Canadian redress settlement, it is a time to reflect on the achievements of NAJC and what the future holds for us. In achieving redress, the NAJC demonstrated that perseverance and faith in our democratic system finally led to the achievement of redress and reinforced Canada’s commitment to human rights. Our redress agreement became a precedent for the Canadian government to deal with and apologize for other past injustices such as the Chinese head tax, the Ukrainian internment and Indian residential schools.

Today, there is more of a need than ever to be vigilant, as racism and injustices continue to be inflicted upon our citizens, many of whom do not have the means to fight back. The NAJC, through the Human Rights Committee, continues to monitor, and speak out against, violations against other groups and peoples. It is to carry out this mandate that we seek your support and contribution for the Sustaining Fund so that the NAJC can better represent the efforts of Japanese Canadians to combat racism and discrimination and to ensure a more harmonious, equitable society.

We look forward to your continued support and interest in NAJC’s efforts to further Canada’s human rights initiatives.

You can donate online through PayPal using your credit card, debit card or PayPal account by clicking the “Donate” button below. Thank you!

Arthur Miki has had a distinguished career as an educator and community activist. He has worked to promote improved race relations and to increase awareness of human rights issues in Canada. An active leader in the Japanese Canadian community having served as president of the National Association of Japanese Canadians from 1984-1992, Mr. Miki led the negotiations to achieve a just redress settlement for Japanese Canadians interned during the Second World War. In 1991 he received this country’s highest recognition, the Order of Canada. Mr. Miki is currently a Citizenship Judge for Manitoba and Saskatchewan.

The 25th Redress Anniversary banquet was held on Saturday, September 21, 2013 at the Japanese Canadian Cultural Centre, Kobayashi Hall. Keynote speaker was past president Art Miki. The banquet was organized by the Greater Toronto Chapter NAJC in conjunction with the national NAJC AGM held in Toronto.

“I feel I’ve just had a tumour removed.” 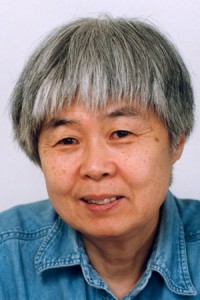 Those were the words on September 22, 1988 of Canada’s Judo King, Mas Takahashi, on Parliament Hill in Ottawa. His family exemplifies the nisei dream. As described on their website, The Takahashi Dojo has been sharing martial arts with Ottawa for over 40 years. In those years, countless Judoka have taken falls on its tatamis including 4 Olympians, 18 National Champions, 5 Judo Hall of Famers, 1 Prime Minister and seven children from 2 prime ministers.

Japanese Canadians can share in the joy of Mas and June Takahashi’s legacy and in the satisfaction of who and what we have become in this country by dint of a determination tempered by modesty. It was that same spirit bequeathed by the issei that pushed and fuelled the redress train in the ‘80s, on and on, in the arduous struggle up the long hill, through one new Minister of Multiculturalism after another, carrying the pain of divisiveness as we rallied passionately behind our one and only national body, the National Association of Japanese Canadians. Thank God that there rose from among us a man like Art Miki at a time when we needed an unflappable servant of the people. It was no small thing for a community whose cultural heritage valued silence and quiet submission to authority, to stand up, to become visible and to challenge the country to face its racist past.

The story of redress is also the story of the NAJC’s hard won struggle to have its authority legitimated as the voice of a people. Who and what the NAJC now stands for is dependent on its leadership and on the conscience and courage and vision of each us, in light of the planetary problems the new generation of Happa Canadians face. My prayer and hope is that the health we have gained, the NAJC will now share with others who still wait for that day when their tumours too may be removed.

The Legacy of Redress 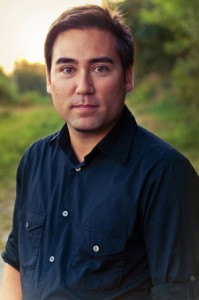 As a young multiethnic person of Japanese descent, I understand the importance of identifying as Nikkei, even though as most people in Japan will be quick to point out, I don’t even remotely look Japanese. Through much creative exploration through my filmmaking, I have learned that identity is not dictated by outer appearance but by how one feels internally. I have grown up with a strong belief that it is important to respect and honour our history and heritage and to never forget what our relatives before us endured in order for us to live the lives we have today.

From events that occurred well before I was born, the Japanese Canadian community is expanding in exceptional ways and will continue to evolve. How we identify will shift, morph and change but as Canadian Nikkei we will continue to stay united through a strong sense of community regardless of appearance, differences or beliefs. This will be done, as it always has, through our love of family and respect for our elders.

The Japanese Canadian Redress Agreement marked a milestone in Canadian history and the pursuit of justice. It raised the continued need to champion against injustice and united the Nikkei community as leaders in social justice. With the 25th anniversary of the Redress, we have the opportunity to inspire a future generation to continue fighting and push for a fair and just Canada that treats all its citizens with the greatest of respect and for a country that ensures equality for all.

Jeff Chiba Stearns is an award-winning Canadian independent animation and documentary filmmaker who works in traditional and computer-based techniques. Many of his films, including What Are You Anyway? and One Big Hapa Family, deal with mixed-race issues. His current project, Mixed Match, looks at the issue of finding bone marrow matches for mixed race people facing life-threatening blood diseases.